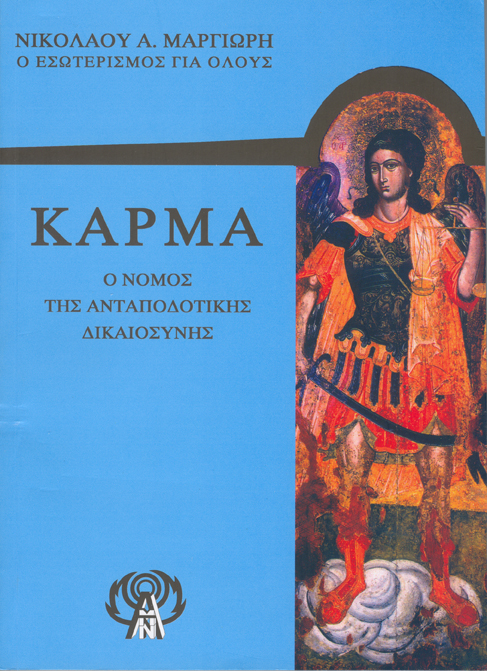 It is Nikolaos Margiori’s twenty-third book that was published for the first time in 1989. Through this book the writer addresses himself to the fellow-men of his times and to those who will live in the future, indicating them a way of life that will have as its baisis love, based on the sacrifice of what he considers as his conquered rights, though most times, these so-called rights take away the freedom from his alikes. At the same time, he gives all the greatness of the responsibilities, of every action, word or thought that, though they appear an absolute apparently agreement with the established things, in depth they take away happiness, joy and progress and delay the evolution of the fellow-man, by the privation of these holy rights of him, that is caused substantially by the absence of the JUSTICE. Addressing himself to his readers, he appeals them to pay attention to their position in their family, in their society, in their nation and in the whole human race, to behave as the Law of the Retributive Justice defines, from which nothing escapes and that is our irrefutable observer, for everrything we think of, we say and we do, because he has his observatory in the depth of our actual being. In this book of many pages the three reconnoitering points that man brings to our world at the moment he is born, are analyzed. These are the three seeds that accompany the spiritsoul to our threedimensional district. The seed of the Retributive Justice, the seed of the Free Will and the seed of the Reincarnation. Also, many practical examples of the way in which Karma functions individually and collectively, are cited.It is about a book with rare details and analysises that are for the first time presented to the wide public so extensively and thoroughly.

THE LAW OF THE RETRIBUTIVE JUSTICE